Continuing our series of host-picked films, Alastair opts for Eternal Sunshine of the Spotless Mind, a movie which proves that Jim Carrey is capable of being an entirely likable actor and that erasing peoples’ memories may, in fact, have unforeseen consequences (who knew)?  We also attempt to answer, to the best of our abilities, some questions from the always erudite Yahoo! Answers movie pages.  Thankfully we also had beer. 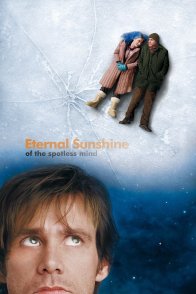