The King meets The Crook in this film based on the single most requested photo in the National Archives. Kevin Spacey once again flexes his chameleon talents in order to play our 37th and trickiest (some would say Dickiest) president, Richard Milhous Nixon. And Michael Shannon takes on the unenviable task of portraying a global superstar on the cusp of becoming a parody of himself. But can these heavyweights find something interesting to say about two of the most analyzed figures of the twentieth century? Listen below and see what we think! 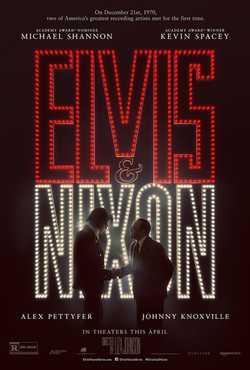 Recommendations:
Sarah: Walk the Line (2005 film)
Glenn: All Creatures Great and Small (TV series and books on which it is based by James Herriot)
Cameron: Nixon (1995 film)