Here it is! The second of our three holiday themed podcasts for this month of December. And how are they holiday themed? Well we try to watch films that are nominally related to the holiday season (we haven’t been terribly successful so far). For this episode we watched the Netflix produced holiday film El Camino Christmas. I was really hoping for a Clint Eastwood themed Christmas party, but then I realized that was Grand Turino. Although I suppose that was about as much of a Christmas movie as this was. Only much better. But I digress… 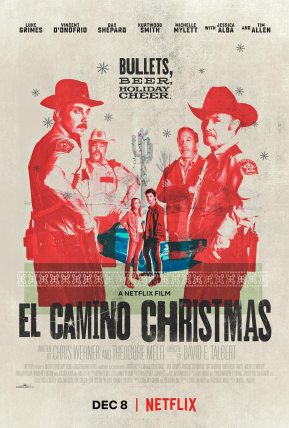