As it turns out, there have been a number of films made about vendettas. And they tend, as a general rule, not to be great. There is even one starring Dean Cain and a gentleman that is going by the name The Big Show in a movie whose tagline reads “get ready for hell in a cell”.  Catchy, I will grant you. Our Vendetta is a film of a different sort (except for the violence). This is a vendetta that comes with a history lesson. Also Christopher Walken. Did I forget to mention Christopher Walken? And Italian on Italian trouble. Watchable? Listen and find out…

(as an editor’s note, I will say that due to unavailability this week of some podcast hosts, this episode was a spare one recorded back in November of 2017…so if there are any topical references that don’t seem too topical, you know the reason why) 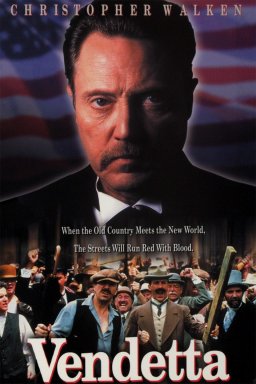