Ernest Borgnine leads a quartet of elderly actors in a film about the aging processes and death that takes place in a nursing home. Like a realistic version of Quartet (2012), but without all the music. Or the Britishness. Young whippersnappers Cybill Shepherd and Richard Schiff also feature. We would agree visiting a nursing home is never a pleasant experience, but what about visiting a nursing home via the medium of film? Well give a listen and find out… 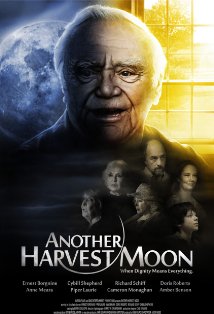 Recommendations:
Sarah: The Shape Of Water (2017)
Glenn: Dan Carlin’s Hardcore History podcast
Cameron: The Post (2017) (also mentioned Sawbones podcast and Til Death Do Us Blart podcast *don’t worry, despite Cameron’s claim in the podcast, Til Death is only an hour and a half long, not two and a half hours long!)

What if Master and Commander featured a mutiny? And instead of Russell Crowe you had Alec Guinness. Also more whippings? Then you would have the film Damn the Defiant! Which is also know as H.M.S. Defiant. And we here at the Better With Booze Film Club Podcast have a standing rule that if a film has more than one title, it typically is not going to be very good. Is that true of this film? Listen and find out!

“They are in the very wrath of love, and they will go together.” – William Shakespeare, As You Like It, Act 5, Scene 2

Shakespeare would have had a field day with these two. Mores the pity, as Richard Burton would have been able to act the hell out of whatever Shakespeare wrote. At the heart of it, this is the story of two people in love. A love that does not so much speak it’s name as drunkenly shouts it from across the room. A terrifying look at two people who could have very easily loved each other to death (however rapidly brought on) do them part. 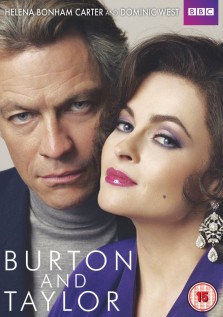 So on this week’s episode we officially launch our new theme song. The theme song is being used with kind permission of friend of the podcast Dan Zdilla. It is available, along with equally good tracks, on the album Behold and Lo by the aforementioned Mr. Zdilla and we on the podcast encourage you all to go out and get your copies today. It’s available here. Thanks Dan!

And now on to the movie. Are you of the opinion that the one thing holding back the film Mr. Smith Goes To Washington is all of that black and white malarky? I mean really, what’s with that? Get with the twenty-first century Mr. Smith! It’s all color, all the time! And thanks to The Congressman, you can now experience a principled politician standing up for what is right in a style that is pleasing to our modern eyes! Huzzah! Or whatever it is the kids say these days.

In this week’s episode, Sarah and Cameron opted to watch the Woody Allen film Cafe Society. And boy was it a Woody Allen film. Featuring Woody Allen (as played by Jesse Eisenberg) and Woody Allen (as the narrator), this is a story that Woody Allen can write and direct in his sleep. Basically a lightly fluffy Allen offering, it still features the same clever (if slightly sleepy) script writing one expects from him. And in the end, we were left with the same questions we are often left with in his films. But would we recommend it? Listen and find out. 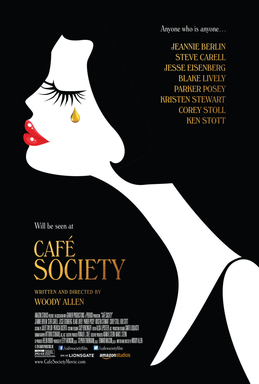 We end our month of horror films with a piece of work that is scary for all the wrong reasons. The recommendation of the title is fair enough, but unfortunately this film doesn’t really live up to its PSA nature. Instead we are treated to a browbeaten, amateur theatrics group moping around a cemetery and being order around by a person with, well, peculiar interests. Throw in some technicolor outfits and you’ve got yourself an experience. But was it a good experience or a bad experience? Listen and find out!

Beers consumed:
Homebrews from Best Friend (and Logo Designer) For the Podcast, Isaiah!

A movie about two rednecks who try to have a peaceful vacation getaway at their cabin in the woods only to be disturbed by a group of stereotypical horror movie teens who mistake them for psychopaths? I mean how could we possibly say no? Come for the ridiculous plot line and stay for the actually genuinely sweet relationship between the two leads. 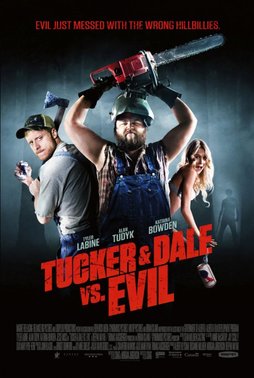 Horror Month continues here at the Better With Booze Film Club. Today we look at the age-old horror genre: the vampire film. And like the vampire films of old, these vampires don’t sparkle. I say “these”, but really there is only one vampire in Let Me In. And she’s a she. And she’s 12 years old (or 900 years old or however this vampire thing works). Vampgirl befriends Nerdboy in a heartfelt and adorable romantic movie with no blood (except for all the blood…lots of blood). Brought to you the iconic Hammer Films company, Let Me In is a vampire movie for those of you who like your vampires a little less rich and sexy and a little more, well, spider-monkey like. 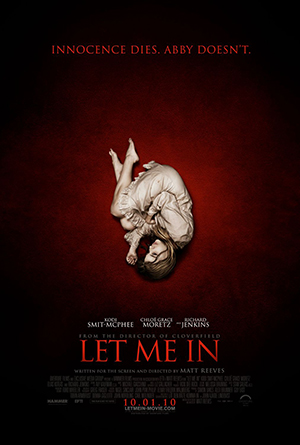 We begin a month of horror films with one out of the catalogue of Hammer horror films. This particular film stars Anton Diffring (standing in for Peter Cushing, who turned down the roll not long before the start of filming) as a very youthful 104 year old who has discovered the secret to everlasting life (although as it turns out, it has a flaw or two). Also featured in the film is Hammer horror staple and all around cool gentleman Christopher Lee, who plays an uncharacteristically dull good guy. Where does it rank in the catalogue of Hammer films? You will have to listen to find out. 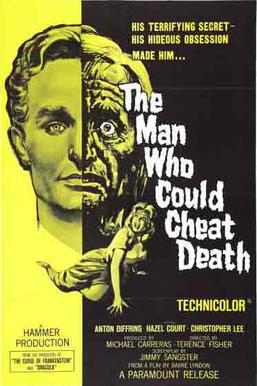 Episode Twenty Seven: The Man Who Could Cheat Death (1959)

Aging British rockstars go back out on the road in order to relive former glories. And no, this week’s film is not a documentary. But it does capture the desperation and longstanding battles and inner conflicts that would inevitably crop up if it were real. Credit to a great collection of actors, who managed to keep a film that could have easily tipped into broad parody reasonably grounded. If you liked Spinal Tap but felt it could have used more pathos, then here you go… 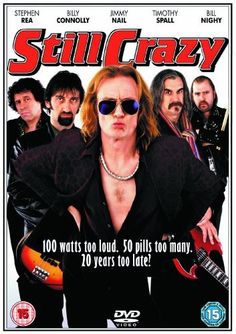 Alcohol consumed:
Cloudy With A Chance Of Charcuterie by Free Will Brewing Co.
Josh the Guava King by Clown Shoes